At OTC 2017, Vryhof launched the revolutionary STEVSHARK®REX, a drag-embedment anchor with radical new fluke and shank geometries engineered to deliver high holding power in all hard soil conditions, unmatched by any other anchor. Vryhof Anchors unconditionally believed in its new innovation and promised the market that the STEVSHARK®REX would redefine application boundaries of drag embedment anchors. Now, only a year later, Vryhof Anchors is thrilled to announce that the main market segments oil and gas, offshore construction, dredging and even the emerging Marine Renewables Energy market have fully adopted this ground-breaking mooring technology, with each segment having its own motivation for using the STEVSHARK®REX.

“Compared to our first announcement early 2017, we now have a proven track record to support our claims,” reveals a proud Managing Director Leopoldo Bello. “STEVSHARK®REX is absolutely the game changer that we announced. In today’s competitive landscape, Vryhof Anchors needs to keep its promises to ensure we retain the trust and loyalty of our customers. We are always focused on making life easier for our customers and contributing to their success.  Within a period of just a year the STEVSHARK®REX is already the new industry standard in hard soil.  The anchor enables operators to develop fields and renewable projects which, until now, could not be economically developed using conventional moorings.  This is what we promised one year ago and this is what we deliver today".

Clément Mochet, Business Development Director of Vryhof Anchors, adds: “For quite a long time mooring was focussing on deep waters, and deep water is usually soft soils.  Over the last few years operators moved towards more remote areas in shallower waters where harder soils are becoming the new industry trend.  The main goal of developing the STEVSHARK®REX was to expand the suitability domain of drag embedment anchors in challenging geotechnical areas.”

Vryhof Anchors initiated an anchor test at four different locations within the Angel oilfield in the North West Shelf of Australia. The tests were executed in cooperation with the Australian oil and gas company Woodside Energy. Angel Field was selected due to the presence of calcarenite, a cemented rock which can be quite brittle and very hard, making it very difficult for an anchor to embed.  All four tests were faultless, the STEVSHARK®REX being able to keep the 243mT bollard pull AHTS vessel in position during proof load tests.

In March 2015 the Luxembourg-based Jan De Nul Group placed an order for the 151,3 m long self-propelled cutter suction dredger (CSD) ‘Willem van Rubroeck’ with the Croatian shipyard Uljanik Brodogradiliste.  The vessel is designed by Jan De Nul’s in-house design department and with seven large self-propelled cutter suction dredgers, the Group can ‘new build’ much experience in rock dredging and dredging on the high seas. The total installed diesel power of the new CSD will be 40,975 kW, making it the world’s most powerful cutter dredger. The cutter power amounts to 8,500 kW and the vessel will be able to dredge compact sand, clay and rocks up to 45 m deep.  These figures are unrivalled and make the vessel the ultimate tool for dredging hard and difficult soil.

Jan De Nul Group used to install heavy concrete anchors for control of the cutter head but due to the user-unfriendly weight and size required for this new building, fleet manager Kris Berghman turned to Vryhof Anchors with the request to innovate a lighter anchor that grabs faster, performs better and can be handled much easier, thereby opening up new opportunities in areas with extreme hard soils.

Clément says: “Jan De Nul Group is a leading expert with great dredging experience and to understand their critical questions we had to dig deep into our extensive mooring experience and knowledge to present a prototype of the anchor that could be seen as an equivalent of the so far used concrete anchors.”

Just one month after, Kris Berghman and his team witnessed a test in the Vryhof Anchors R&D Center with a fully customized prototype of the STEVSHARK®REX. Robust, compact, strong and equipped with specially designed cutter points -looking like a beast but functioning where other anchors failed.

Kris Berghman of Jan De Nul Group says “Vryhof Anchors has done everything the company could possibly do, to offer us the ultimate outcome of our mooring challenge. They managed to convince us theoretically as well as scientifically.  With the main consequence that this anchor will definitely increase the overall operational efficiency of cutter suction dredgers in areas around the world where they could hardly dredge before.” Broadening its dredging horizon Jan De Nul Group and Vryhof Anchors agreed on two ‘special design’ 26 mT STEVSHARK®REX anchors plus 29,2 mT external ballast as well as special cutter points at the fluke tips to be used by their new  CSD ‘Willem van Rubroeck’.

In 2017 more than a fifth of Vryhof anchor production was already STEVSHARK®REX anchors, ranging from 3 to 60 mT.  These new solutions are deployed from the Northwestern Shelf in Australia to the Russian waters of the North Caspian Sea and from the Northern North Sea to the Indian Ocean and to the Caribbean. “Formerly we used concrete anchors and 18 mT delta flipper anchors for mooring purposes,” explains CNGS Group Construction Manager Levgenii Ivankiv (operating in the Caspian Sea), “but due to the big weight and size we decided to buy the 3 mT version of the STEVSHARK®REX.  Apart from the huge holding capacity, the anchor is easy to handle, the weight is relatively light and it needs less space on the aft deck of the anchor handler. We do not have to go back and forth all the time to harbor to reload.”

Via Deep Sea Mooring (DSM), a set of STEVSHARK®REX anchors was delivered to Maersk Drilling in Trinidad, having a holding power of 47% more than previous anchors used in that area. In block E of the East Coast Marine Area (ECMA) offshore Trinidad the deepwater semi-submersible rig ‘Maersk Developer’ is executing drilling activities for Shell that may last up to three years from now, relying on the new anchor performances.

Last but not least, STEVSHARK®REX anchors are also the solution adopted by industry for permanent moored assets. Perenco Congo SA awarded Vryhof a contract for the delivery of twelve 16 mT STEVSHARK®REX anchors with internal and external ballast. Perenco has been working in the Republic of Congo since 2001 and is, among other things, responsible for the commissioning and management of the FPSO La Noumbi in the Yombo Field, offshore Congo.  Customer Project Manager is Julien Broucaret working in the HQ Marine Department of Perenco in Paris. “The field is around 23 miles north west of Pointe Noire and the site is characterised by more irregular seabed due to hard outcropping sediments.  There is presence of pockmarks interpreted as remnants of dewatering and / or degasification processes within the hard sediments. Initially we planned to solve the local mooring challenge by using high performance anchors, but when Vryhof Anchors introduced the STEVSHARK®REX we were immediately quite impressed with the improvements they made to the ‘old’ STEVSHARK® anchors which we used on two other projects already.  We have very good track records with Vryhof Anchors and to date the performance of the anchors has been exactly as Vryhof Anchors promised us. That is why it was not a difficult decision for us to proceed with the purchasing of this new STEVSHARK®REX." 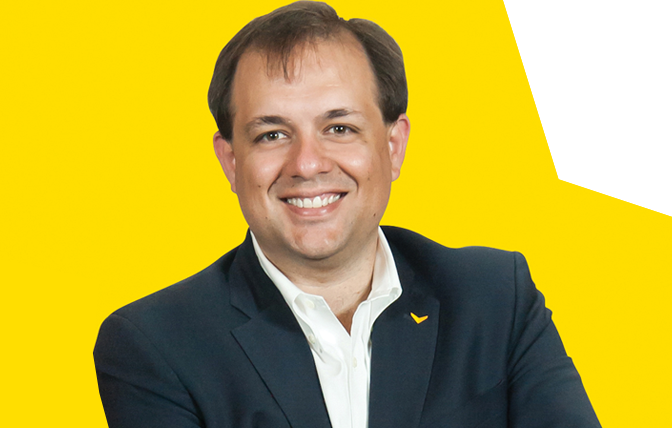 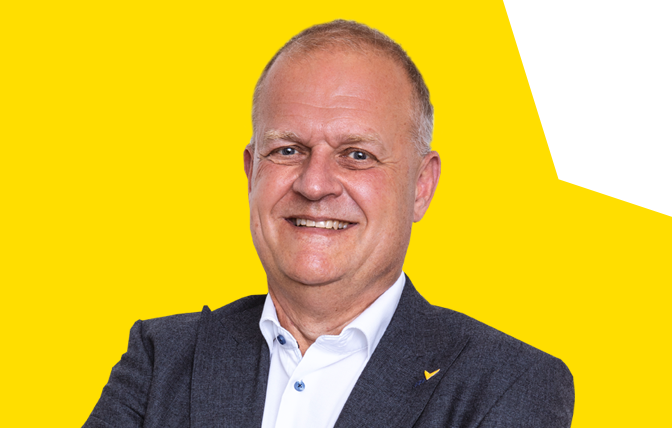 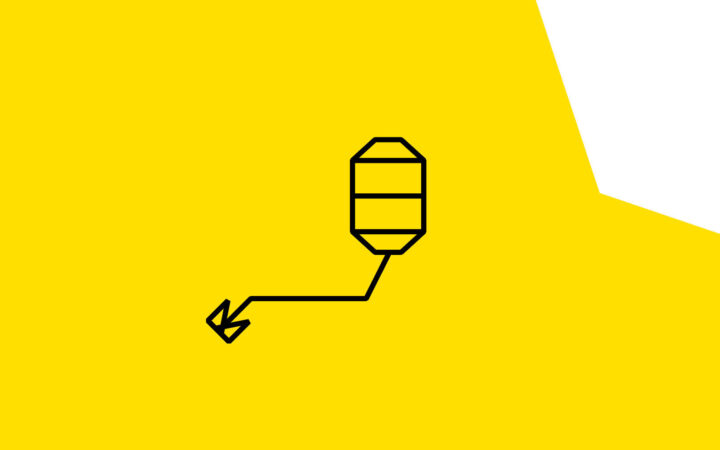 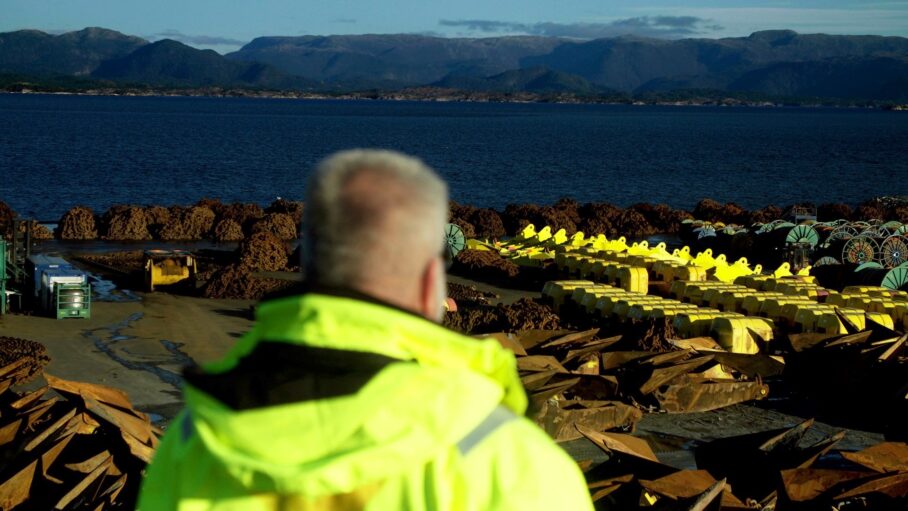 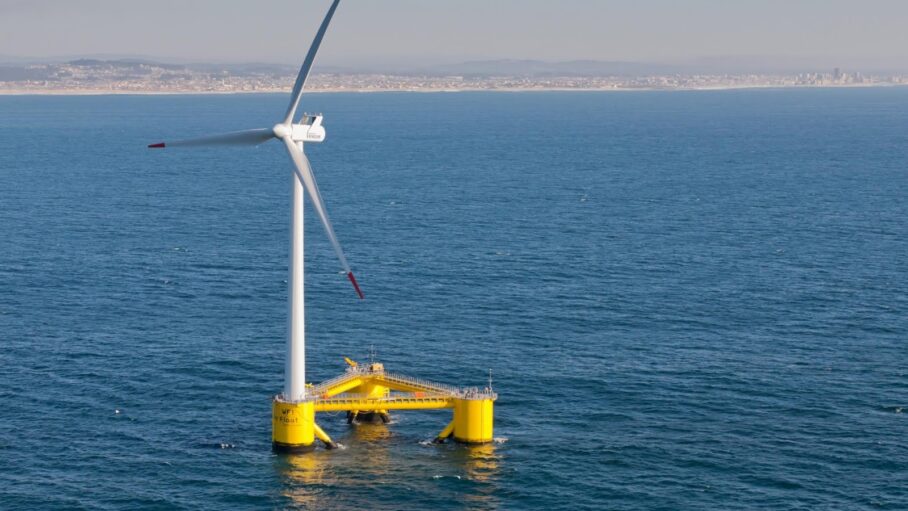 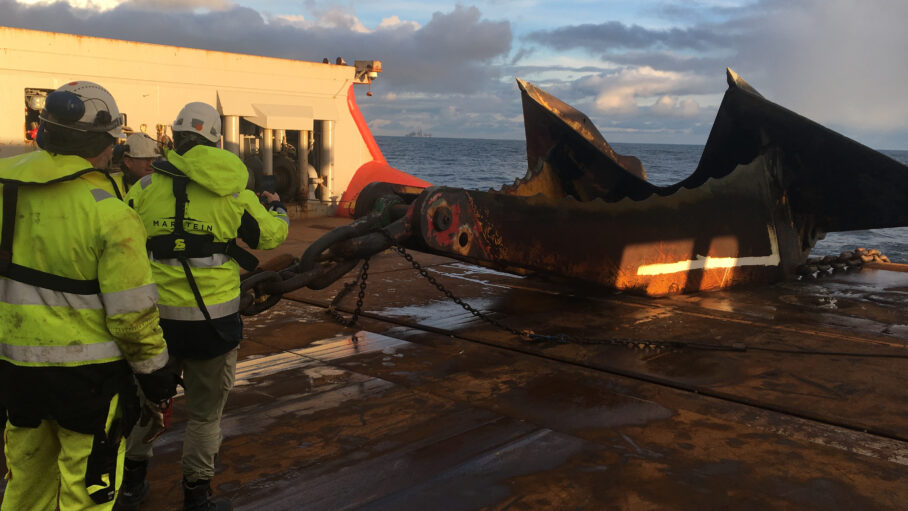