In late November 2015 Ocean Installer (OI) was awarded a re-bid contract for field development work off the coast of Nigeria for FASL. The scope of work included mooring buoy installation and hook up, flowline and umbilical installation. And the great challenge for OI was to perform this Aje Ph1 project in a relatively short period.

The Aje field is to be developed using the turret moored floating production storage and of offloading (FPSO) vessel ‘Front Puffin’. This vessel rotates around a 8.8 metre high submerged turret production (STP) buoy with a gross buoyancy of 148 tonnes, which has been transplanted from its original location off the Northwest coast of Australia, where it was first installed on the Puffin field in 2007.

Global Maritime in Aberdeen was contracted by OI to carry out analysis and prepare load-out procedures for the buoy and spiral strand wires, and weather limits analysis for operations. Vryhof Anchors was contracted to prepare suitable installation and hook-up procedures for the project and be present offshore during installation. Vryhof Anchors also designed the subsea connection frames used for the underwater connection of the chains on four of the legs.

Vryhof Anchors was contracted to deliver eight new STEVPRIS®Mk6 15 tonnes anchors as the anchor points for the mooring legs.

Careful planning and specialised equipment was required to complete the subsea connections. The offshore construction support vessel ‘Boa Sub C’, with two workclass ROVs on board, was used to carry out the anchor installation and buoy hook- up, using a two-trip method.

On the first trip the CSV loaded-out the anchors and ground chains, deployed the anchors, laid the ground chains and embedded the anchors using the available 220 tonnes bollard pull. The anchors were connected directly to the 100 millimetres diameter R3 studless less ground chains by threading the anchor shackle through the end chain link. The shackle was then reassembled onto the anchor shank and the pin retained by nut, split pin and locking block welded alongside the nut. They were then deployed over the stern roller of the CSV and lowered to around 50 metres water depth where the vessel stern crane was connected to the anchor via a 2-leg wire bridle onto the rear of the shank. The anchor was then lowered to seabed by the stern crane of the CSV as well, meaning that the anchor arrived at the seabed in a flukes-down attitude, thus minimising tripping/drag distance.

Chains were abandoned subsea on a recoverable rigging arrangement. Based on the as-built final position of the respective anchor, each 520 metres long ground chain was cut later to a calculated length and connected to the rest of the mooring system for the STP buoy. The complete installation procedure took only five days inclusive of survey work before and after installation. All the anchors performed as predicted with no need to be reset or adjusted.

During the second trip the CSV loaded-out the STP buoy along with the rest of the mooring system components, transported to site deployed connected and hooked up. The eight spiral strand wires were spooled off storage reels and connected to the underside of the STP buoy at the eight connecting links on the buoy chain turntable. These wires were connected to spreader beams in two groups of four. Two supporting vessels were employed to handle the spreader beams holding the ends of the spiral strand wire ropes during hook-up.

Once the buoy was launched, each mooring line was connected in turn, the first four connections being made on deck of the ‘Boa Sub C’, the second four being made subsea by one of the ROVs using a specially designed H-link assembly guide frame, designed by Vryhof Anchors.

Two such units were built in country and finished on board the CSV, including some adjustments made to the ROV tooling, a chain chute being added for the 76mm chain tail, and additional mud mats welded on to the base to increase the frame footprint. The latter was in response to the observed very soft seabed surface layer, into which it was felt the H-link frame might penetrate.

The project was completed within the agreed period. All mooring line components were successfully installed without incident, while the final buoy position (centre) was right on target and all touch-down points of the mooring lines were within tolerance.

Due to their versatility STEVPRIS®Mk6 anchors serve a wide range of mooring applications. Although the large majority serves the mooring.. 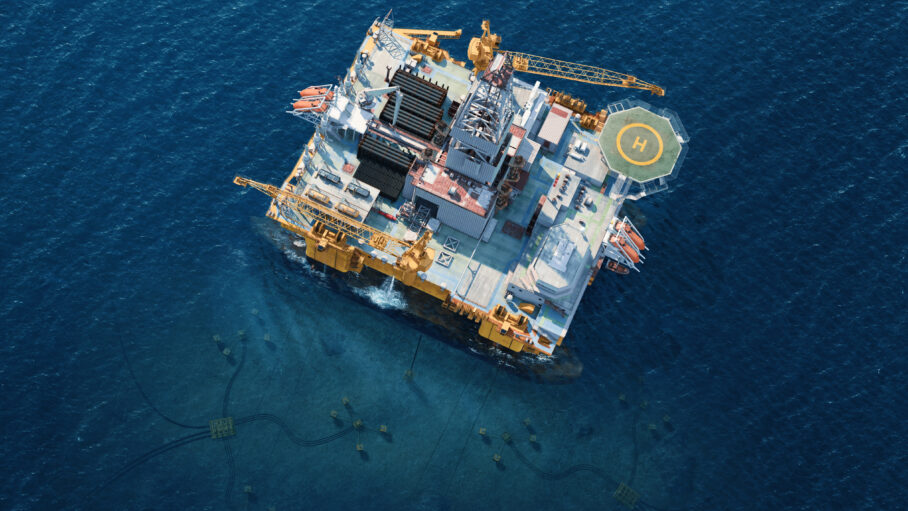 Deep Sea Mooring (DSM), today announced the signing of a multi-year agreement with Diamond Offshore, a leader in offshore drilling. 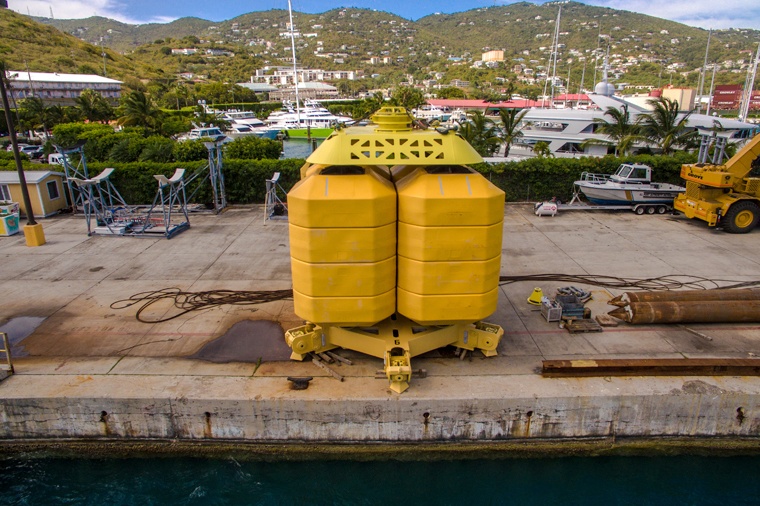 The Water and Power Authority of the US Virgin Islands (WAPA) has upgraded the power stations on the islands of St Thomas and St Croix to be able to use gas, using imported liquefied petroleum gas (LPG). A very large gas carrier (VLGC) moored offshore St Thomas as a LPG Floating Storage Unit, acts as a supply ship from which smaller LPG carrier vessels feed the two power stations on both the islands. The supply ship itself is re-filled on a regular basis by other trading VLGC vessels. The feeder vessels load from the supply ship and transport LPG to onshore terminals at Krum Bay, St Thomas, and Christiansted Harbour, St Croix, where the LPG is stored in large mounded, pressurised storage vessels before being supplied to the respective power stations.